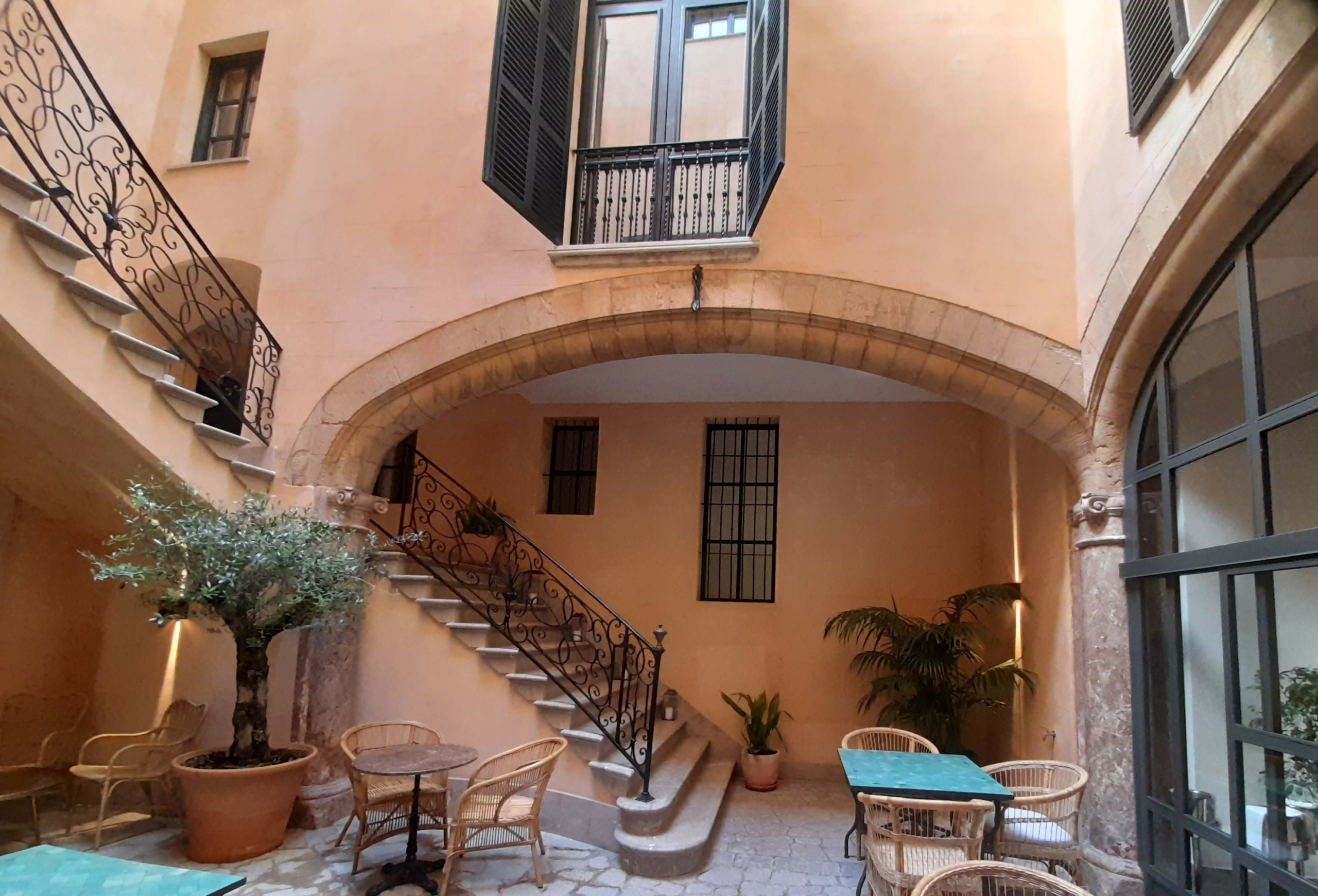 Palma de Mallorca, November 2022.  Mallorca’s elegant and historic capital city has undergone many changes over the centuries. At the start of the tourism boom in the 60’s and 70’s the city was often sideswiped when tourists headed to the beach resorts for a sun and seaside holiday. Over the past 20 years considerable public and private investment in the city has regenerated its architecture, its historic monuments, and neglected areas and new boutique hotels have opened.  According to the Palma Hotel Association the growth in hotel openings has boomed since 2003 when there were 32 hotels throughout the city.  Today there are 75 hotels in the city and 30 of them are in Palma’s historic Old Town where they are 26 boutique hotels.

Javier Vich, President of the Palma Hotel Association, confirms that 80% of hotels in Palma will remain open this winter boosted by the demand from Europe specifically by British, German, French, Swiss, Spanish, and Scandinavian clients.

The island’s geographical location in the centre of the Mediterranean that is only a 2–3-hour flight from any major European city, combined with the city’s proximity to Palma’s International Airport, a short 10-minute taxi ride away, are major factors in the evolution of Palma as a year-round destination.  Now Palma features quality gastronomy from Michelin star restaurants to popular tapas bars and cafés, a wide range of shopping, sports, and nightlife.  Here with news on openings this year and next:

The Puro Group has opened its five-star Puro Grand Hotel in the heart of the old town within an historic mansion house.  This will be the third hotel to be operated by the Puro Group in Palma old town together with the Puro Oasis Urbano in Calle Montenegro and the Palacio Can Marqués 5* Grand Luxe by Puro.

The Puro Grand Hotel is a sensitive restauration of an historic mansion that dates to the 15th century and many of its original features have been maintained such as the Mudejar coffered ceiling with Arabic inscriptions, which was discovered during the redevelopment and is now a stunning feature of one of the hotel’s 16 individual suites.  The remains of the red “almagre” decoration from the Islamic period has been preserved in the main structural elements, including the façade and the side walls.

The courtyard features arches in the baroque style that date to a previous refurbishment in the seventeenth century.

The new hotel features a restaurant, a private dining room, an interior courtyard and terrace, a spa managed by “Seaskin Life” and the Beatnik Market plus advantages at Purobeach, both beach clubs are a short drive from Palma’s old town. Room rates start from 210€ up to 700€ per room per night to include breakfast and local tax: www.purograndhotel.com/en

Can Cirera: is a four-star boutique hotel that opened in spring of this year.  The building was originally a convent dating to the 15th century that was acquired by the Mallorca family Cirera in 1836.  The hotel features 19 rooms, a small meeting room, a café serving local Mallorquin produce.  Located in the heart of the Palma’s Old Town close to Palma’s Cathedral, the hotel is open all year round: https://www.hotelcancirera.com/

HM Palma Blanc Hotel: a city centre hotel opened in summer of this year and is part of the Spanish HM hotel group.  Its location is a few minutes’ walk from Palma’s main shopping streets and historic old town.  The hotel comprises of 118 rooms all decorated with a Mediterranean theme featuring contemporary art.  https://www.hmpalmablanc.com/en/ 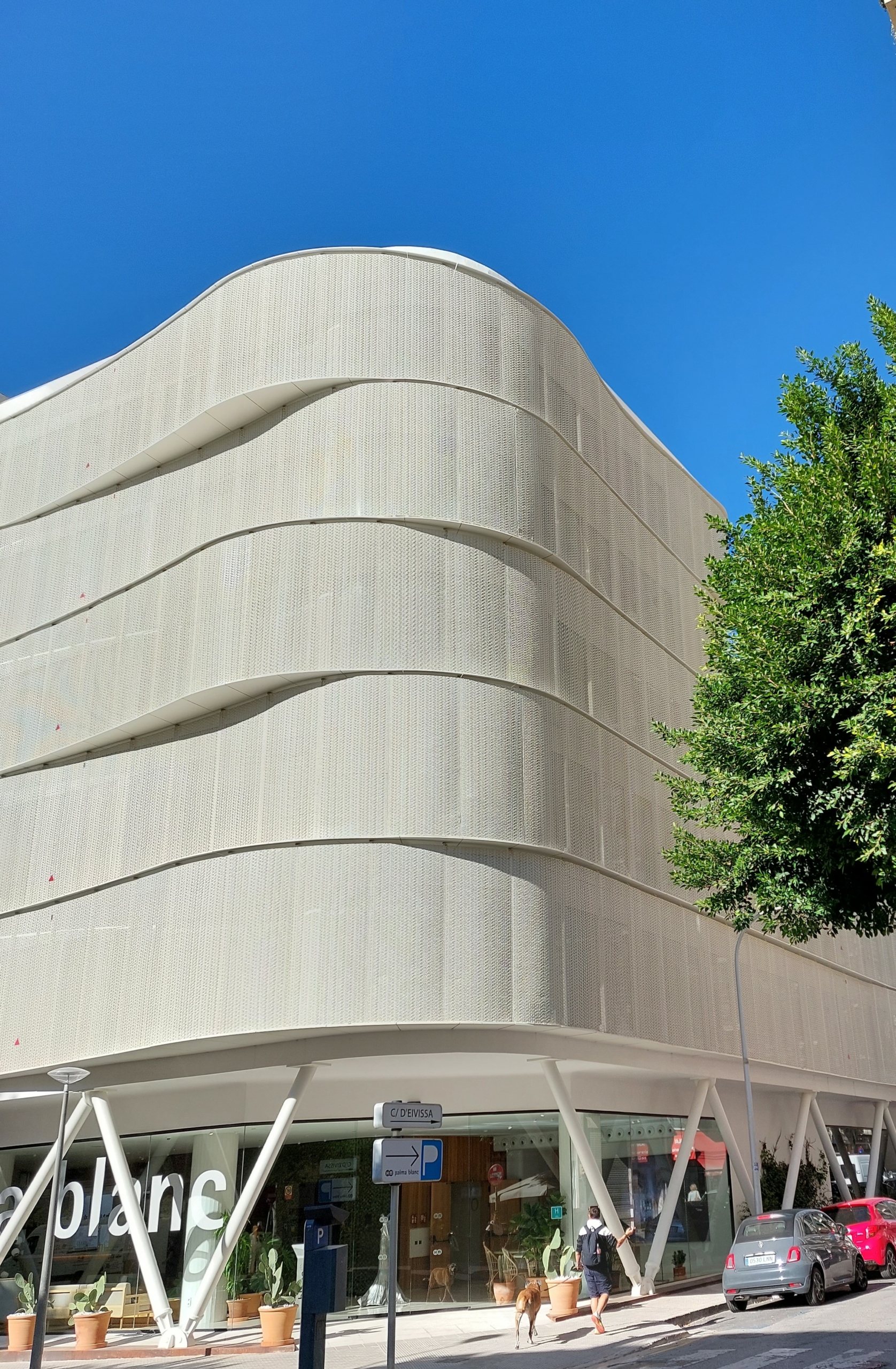 Joe’s Gomila Boutique Hotel: is a 10-bedroom boutique hotel that opened in the heart of Plaza Gomila in spring of this year.  Gomila is an area that runs parallel with the port area of Palma and was formerly the meeting point of the city in the 1960’s and 1970’s and renowned for its nightlife.  The area is currently undergoing a dramatic revival with a new rental housing project, a social centre, restaurants, bars, and shops.

The hotel takes its name from the original building which housed Joe’s Bar.  The 10 bedrooms are furnished in a fresh Mediterranean style with a bistro restaurant/bar downstairs and a rooftop terrace and plunge pool on the top floor. Prices in low season start from 95€ per double room, per night (excluding breakfast): www.joesgomilahotel.com

Hotel Can Quetglas: is an elegant refurbishment of a stunning modernist style building that was constructed in 1908 and many of the original features have been restored.  The 4-star hotel is in the El Terreno area on the outskirts of the Bellver Castle grounds.

The hotel features 9 individual rooms; some with views across to Bellver Castle or over the hotel’s patio terrace, garden, and pool where breakfast, drinks and snacks are served.  Prices range from 135€ for a double room to 180€ per night for the executive suite. Breakfast is included if you book on the hotel’s webpage: https://hotelcanquetglas.com/bookings/

Further to the success of the Concepció Hotel by Nobis that opened in Calle Concepción in 2021, next summer the Scandinavian based Nobis Hospitality Group will open a five-star contemporary luxury hotel in Palma’s centre.

The new Nobis Hotel Palma will offer 37 rooms and suites, an in-house restaurant and bar, a sun terrace with loungers and a relaxing SPA – designed by award-winning Swedish firm Wingårdhs. The property is housed in a historical building dating to the 12th century in Carrer de les Caputxines in Palma’s Old Town, located within walking distance of many of Palma’s finest restaurants, attractions, and shopping: https://www.concepciobynobis.com/ 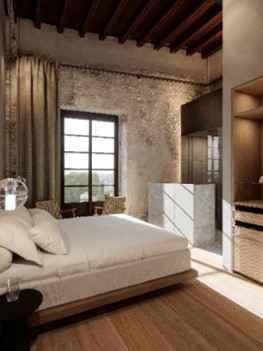 Render image of one of the bedrooms

This city centre hotel will open in Palma’s Plaza Madrid next year.  The Hotel Yurbban is aimed at a younger independent travelling client that wants to experience the city like a local.  The hotel will have a four-star rating and feature 56 rooms, with a terrace, swimming pool, a spa and fitness area and restaurant.  Yurbban Hotels and Apartments is a division of the Smart Rooms Company that operates three hotels in Barcelona’s city centre:https://yurbban.com/

Background: The Fomento del Turismo (known as the Mallorca Tourist Board) was founded in 1905 and is the longest established tourist board in Spain and possibly in the world.  It was established with the objective of creating awareness of Mallorca as a destination and to study and implement how to promote the island to potential visitors. This institution, located in the centre of Palma, remains a private, independent, and non-profit making entity that is supported by members from throughout the island’s tourism sector. www.fomentmallorca.org