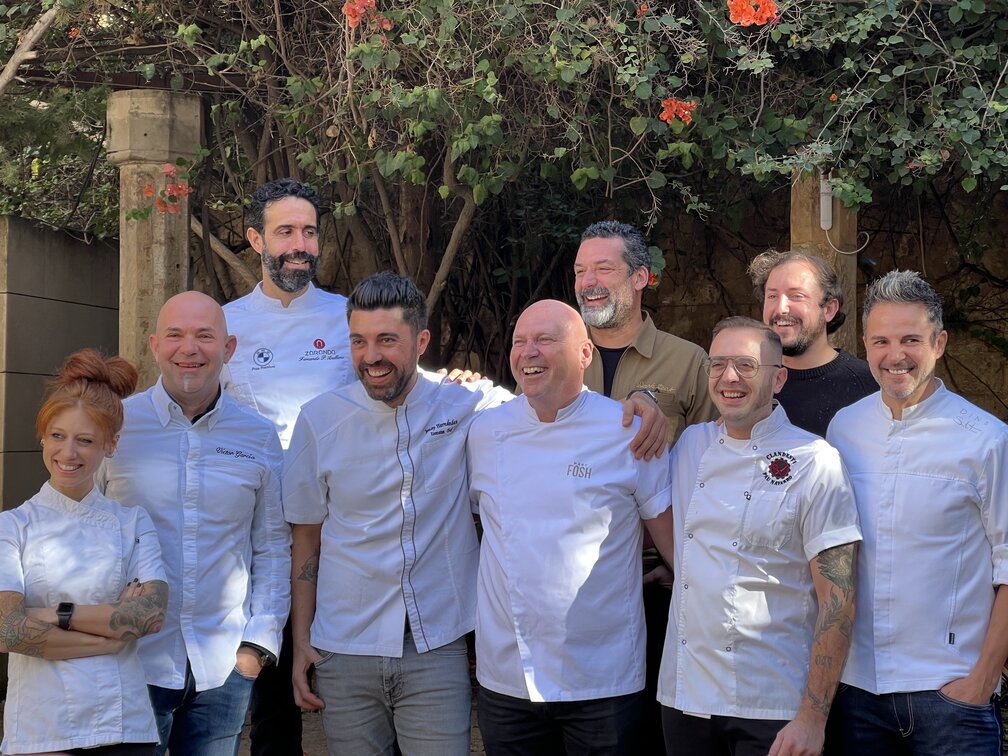 Mallorca’s top British chef, Marc Fosh, has swapped his chopping board for a guitar and gathered leading local Spanish chefs on island to sing for peace this Christmas and raise money for the World Central Kitchen.

Marc’s song has been produced by local Mallorquin musicians Jaime Anglada and Sergio Llopis and mastered in the Abbey Road Studios in London with a video directed by Spanish award-winning photographer, Nando Esteva.

See the chefs performing in this video 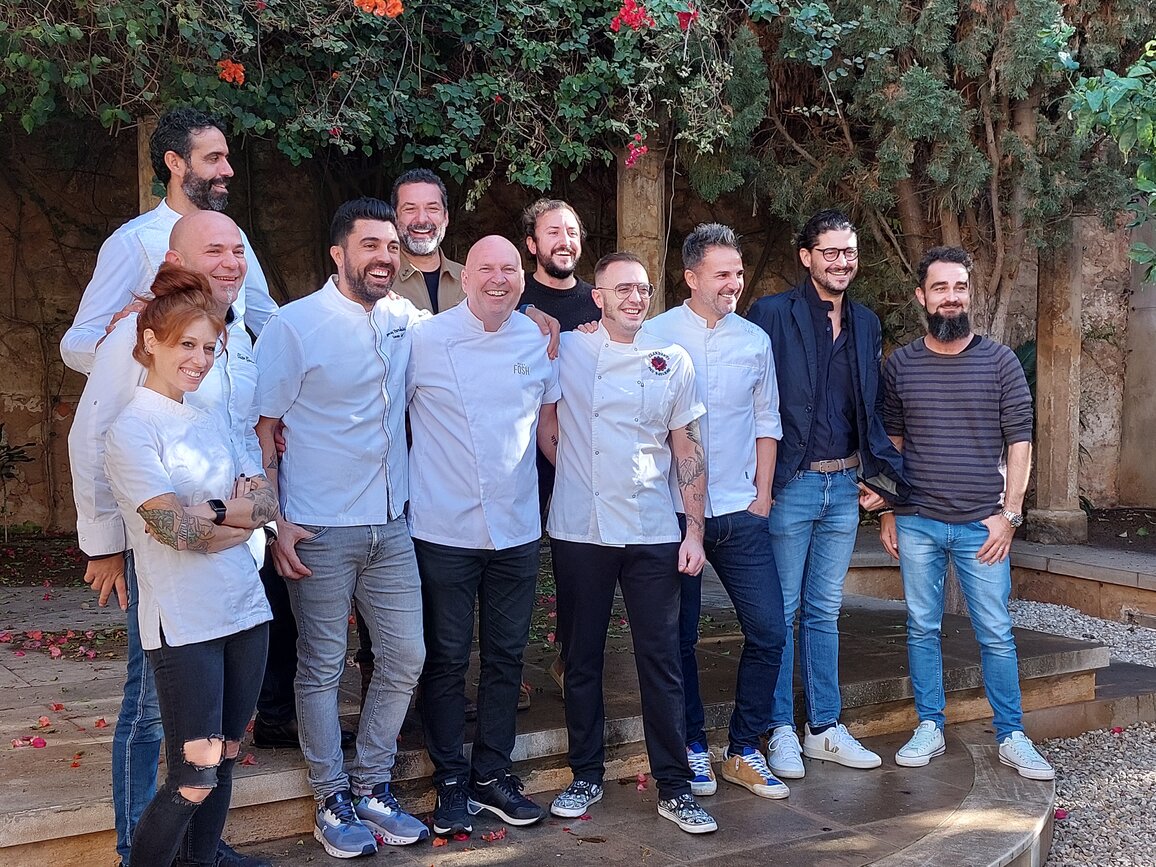 Some of the Chef Aid Mallorca chefs with their production team during the presentation of the project in Palma de Mallorca.

Comments Marc, who has lived and worked in Mallorca for over 28 years; “The biggest challenges were to gather us all together in one room at the same time and convince all these Spanish chefs to sing in English!  Hopefully with the support of the island’s residents and all the tourists that regularly visit Mallorca each year, we will raise a substantial amount of money for the incredible work of the World Central Kitchen”.

The World Central Kitchen is a non-profit organisation dedicated to providing food to areas where natural disasters have occurred around the world. It was founded by Spanish chef José Andres in 2010 further to the earthquake in Haiti that devasted the island and left thousands of people homeless and hungry. WCK works with local chefs in areas from the Ukraine to Pakistan and Florida, to name a few, that have been hit by any climatic or humanitarian crisis to quickly and effectively provide a solution to feed the local population.