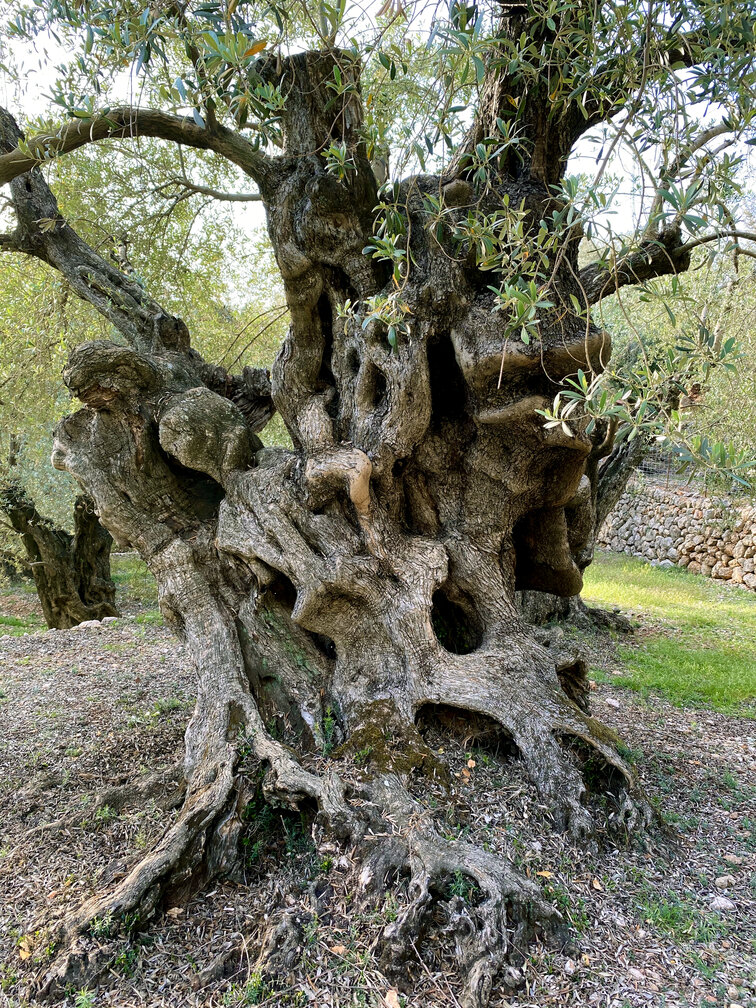 The D’Oli de Mallorca organisation that controls the production of olive oil in Mallorca has launched four walking routes that take you through “pure” Sierra Tramuntana scenery with its characteristic ancient dry stone wall terraces where thousands of olive trees are planted.  The walking routes range from 2km to just under 5km and include two routes in the Sóller area: Muleta path and the Barranco de Biniaraix.  On one of the routes, the Fuente de Garrover in Mancor de Valle (in the centre of the island) you can visit the family oil producers Olis de Sa Font Garrover. Call for an appointment: +34 687 474 187,

Mallorca has had its own “Denomination of Origin” status since 2002 in accordance with the EU regulations.  The production of Mallorcan olive oil is undertaken in the same designated geographic area and Mallorcan olive oil with the DO standard is produced, packaged, and sealed with the special DO seal that guarantees its quality.

One of the family’s olive trees, was awarded the AEMO Award for the Best Monumental Olive Tree in Spain. The Can Det olive tree is estimated to be over 1,100 years old is of the native Empeltre Mallorquina variety and was probably planted by the Muslims in the 9th century.

The tree’s unique trunk measures more than 6.5 metres and continues to produce olives.  It is nestled between ancestral dry-stone terraces in the Sóller Valley where olives have been cultivated since they were introduced by the Phoenicians and Greeks.   To arrange a visit call: +34 639350577 or email: tomeudet@gmail.com