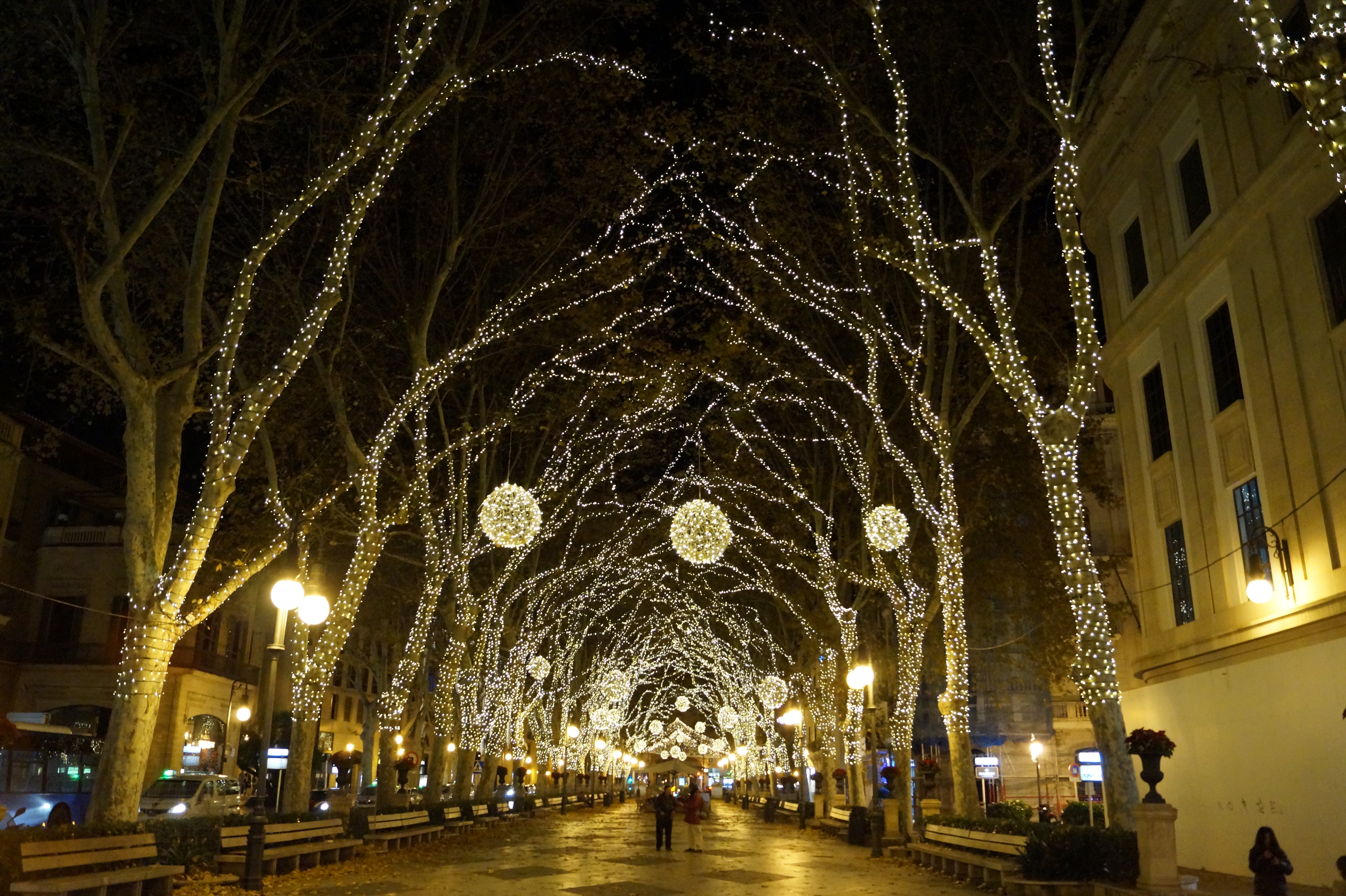 Winter is also an important time for feasting and festivity.  In the run up to Christmas a visit to Palma is a must for shopping and exploring the Christmas markets and historic nativity cribs.

This custom, which first dates back to the 18th century in Spain, is an important tradition throughout the island; in Palma the visitor can see some of the oldest and most ornate nativity scenes.  A few examples include: Santa Catalina Market, The Misericordia Cultural Centre featuring the “Betlem Mallorquí” with exquisite detailand churches such as the “Iglesia de la Sang”, which features a crib dating back to 1480.  The March Foundation Museum has an ornate crib scene of Italian origin “Belén Napolitano” with 2,000 hand crafted pieces dating back to the 18th century and in Palma’s Town Hall the nativity scene reflects island life and all the figures are handmade.

In the Convent des Caputxines, a large “belen” will be on display throughout the Christmas period featuring 200 figures, some of which date back to the 17th century and many have been hand made by nuns. Information: www.infomallorca.net or www.palmamallorca.es

In Spain Christmas is celebrated on the night of the 24th and throughout the island the churches all celebrate midnight mass including Palma’s magnificent cathedral where a child, carrying a sword, sings the “Canto de la Sibila” which dates back to Medieval Times and has been recognised by UNESCO for its cultural heritage.

Before midnight people take to the streets to greet the New Year all over the island.  Traditionally bands play in front of the local town hall and the bells ring out the Old Year whilst revellers open bottles of “cava” and eat 12 grapes in time with the chimes up to midnight.

This national fiesta is celebrated in every village and town.  The most elaborate parade takes place in Palma where the Three Kings arrive by boat and walk throughout the city distributing sweets and presents to the children in the crowd.

This fiesta is especially important in the rural areas as Saint Anthony is the patron saint of animals and traditionally the local community go to church with their animals so that they can be blessed by the local priest.  There’s also pagan elements to this fiesta with “dimonis” (devils) on the streets to ward off the evil spirits and exciting firework displays. Large bonfires and barbecue grills are set up in the street so that people can grill their own local sausages such as butifaron (large pork sausage), eat traditional spinach “coca” and “sobrassada” (traditional Mallorcan pork paté) on thick chunks of country bread with plenty of local red wine.

As the patron saint of Palma, the whole city celebrates this stunning fiesta which is a celebration of music and becomes more popular by the year.  All the main plazas feature different types of live music on the 19th when bonfires and barbecue grills are lit around the city so that revellers can grill their own supper as they enjoy the music. On the night of the 20th a lavish and loud firework display by traditional “dimonis” that run through the main streets of the city letting off fireworks and banging drums as they go.

Despite all the challenges of this year, life in Mallorca